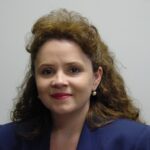 Subsequently, Ms. McCarthy interned for a federal judge, the Honorable Judge Elizabeth. Kovachevich for the U.S. District Court for the Middle District of Florida. She was honored to have many of her draft opinions published in the Southern Reporters. Ms. McCarthy went on to work for the Governor of Florida, the late Governor Lawton Chiles where she worked directly for the Governor’s general counsel. In that capacity, she attended hearings on behalf of the Governor, wrote legal memorandum and outlined the Governor’s constitutional appointment powers.

While enjoying her work in the private sector, Ms. McCarthy has also continued her academic work as an Adjunct Professor of Business Law and Ethics at Mercer University in Atlanta, Georgia. She has taught several business and leadership courses. She has also been a paid guest speaker for several large companies, including Xerox, speaking on the issue of business writing, etiquette and communication in the workplace.

Ms. McCarthy currently enjoys spending time with her husband, a local business owner, as well as two young children, Lauren and Matthew. She is an active member of her church community and often finds time for pro bono and other charitable work.

All State, Superior and Magistrate Courts of Georgia